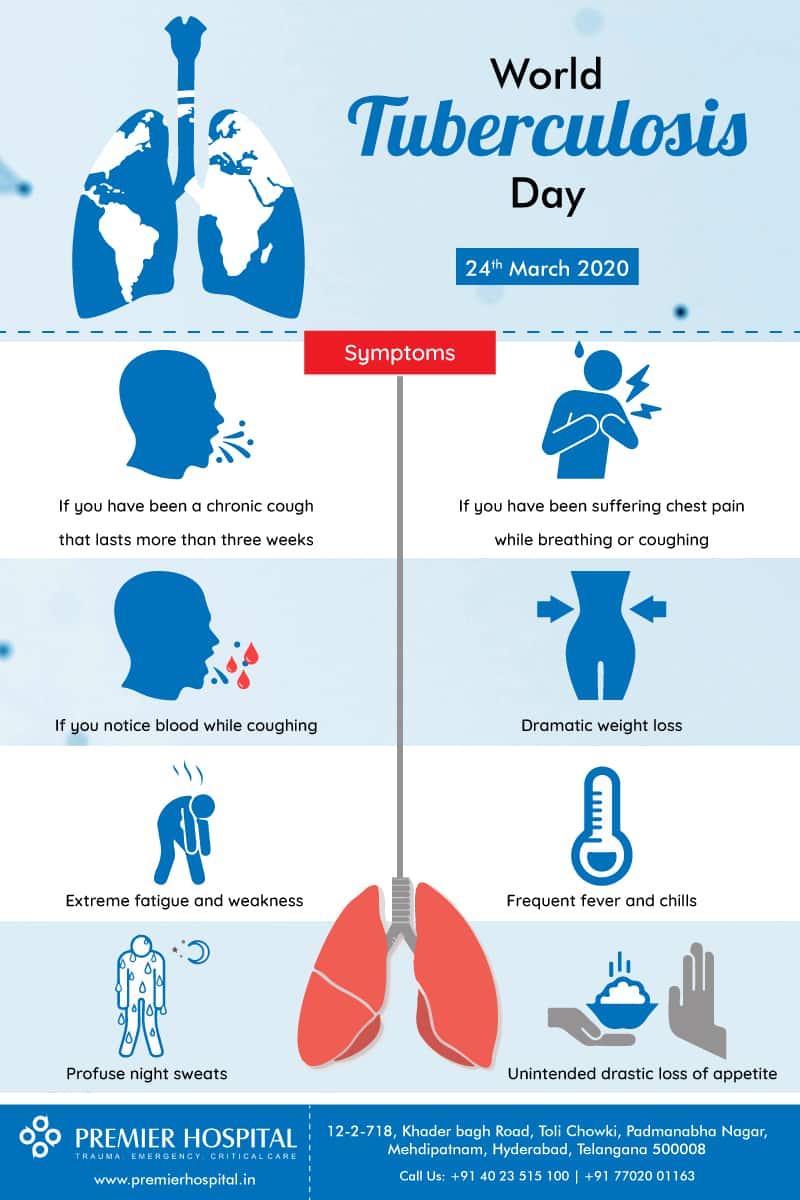 Every year, World Tuberculosis (TB) Day is commemorated on 24 March to raise awareness among the public about the devastating health, social and economic consequences we faced and facing due to TB, and to make efforts to end the global TB disease. The date indicates the day in 1882 when Dr. Robert Koch, a renowned German doctor who discovered the bacterium that causing TB, which opened the gates towards curing this disease.

TB persists as the world’s deadliest infectious killer. Every day, nearly 4000 people losing their lives due to TB. About 30,000 people affecting with this preventable and treatable TB disease. Global efforts against TB has saved nearly 58 million lives since 2000. To boost the TB awareness in all countries, heads of all countries and strong commitments united together to end TB.

Lungs are the main parts affected by the infectious disease tuberculosis (TB). It is an airborne disease i.e. when a person with TB that affected their lungs sneezes or coughs or spits, the dangerous microbes enter into the air. if the infected air inhaled by a healthy person it makes them sick. People who have HIV and the habit of smoking are more prone to get infected with TB. Never ever neglect the symptoms of TB. Consult an expert doctor immediately.