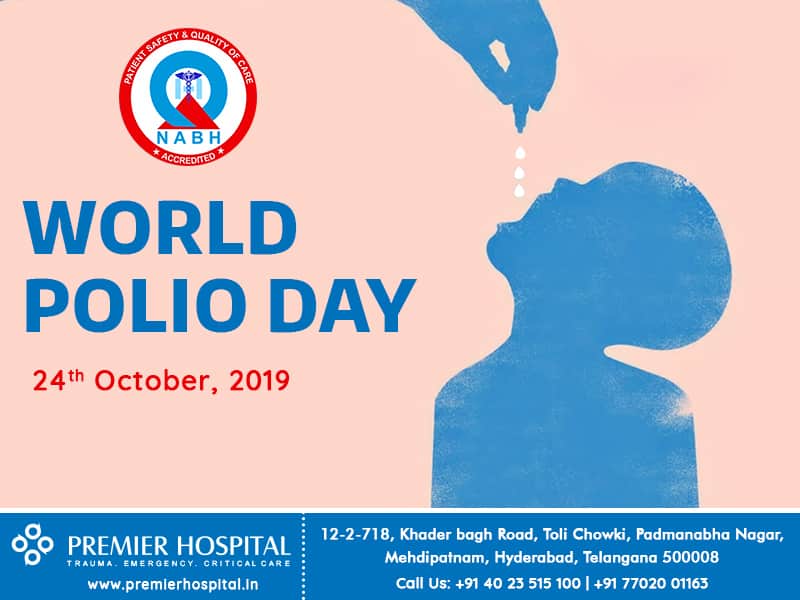 Poliomyelitis, popularly known as Polio, a highly infectious viral disease mostly affects children under the age of 5 years. The virus can transmit from person-to-person spread mainly through orofecal route or less frequently through contaminated water or food. Once the virus enters into our intestine, it multiplies and enters into the nervous system which can cause paralysis permanently.

There is no cure for polio. The only way to prevent polio is prior vaccination.

Polio free India: Along with the entire South-East Asia Region India also received a polio-free certification on 27th March 2014 by WHO. For many years there is no single case of polio registered in India.

This milestone achieved by India in eradicating polio is remarkable. Even though the disease is eradicated, we must still remain vigilant. That’s why every on 24th October World Polio Day is observed to create awareness about the importance of vaccination for children across the country to maintain high levels of immunity in childhood.

Rotary International organisation established this World Polio Day to honour the birth of Jonas Salk, the first man to lead a team for developing a polio vaccine. Today, in the world there are only three countries – Afghanistan, Nigeria and Pakistan where transmission of wild poliovirus is occurring. In the rest of the world, polio cases have reduced by 99.9% since 1988. We, Premier Hospital as a part of Social accountability educating and creating awareness among people about the need to maintain high immunity until global polio eradication happens.