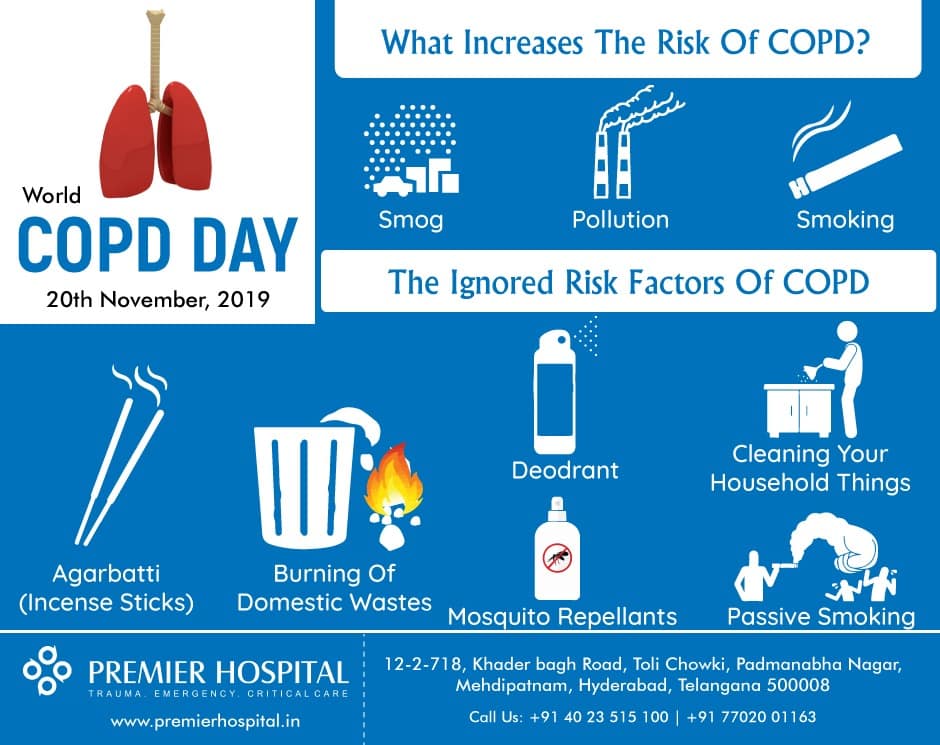 Every year World COPD Day (Chronic Obstructive Pulmonary Disease) is commemorated on the third Wednesday of November. It is being organized by the renowned Global Initiative for Chronic Obstructive Lung Disease (GOLD) in association with health experts and COPD patient groups all around the world.

COPD condition is not a single disease; it is an umbrella term to describe multiple chronic lung diseases. It is an under-diagnosed lung disease and even becomes life-threatening in advanced cases. Let’s get to know some facts about this chronic condition.

COPD is defined by persistent respiratory conditions and airflow limitation due to airway abnormalities caused due to exposing to poisonous particles or gases. COPD can be preventable by avoiding the risk factors causing it mentioned in the infographic.

The most common symptoms of respiratory problems include:

We, Premier Hospital, is always concerned about public health and wanted you to know how dangerous COPD is growing. “It’s Never Too Early Nor Too Late” to address about airway diseases. Let’s join together and create awareness by educating people around you.

If you are having any respiratory, never hesitate to consult our expert doctors at Premier Hospital.