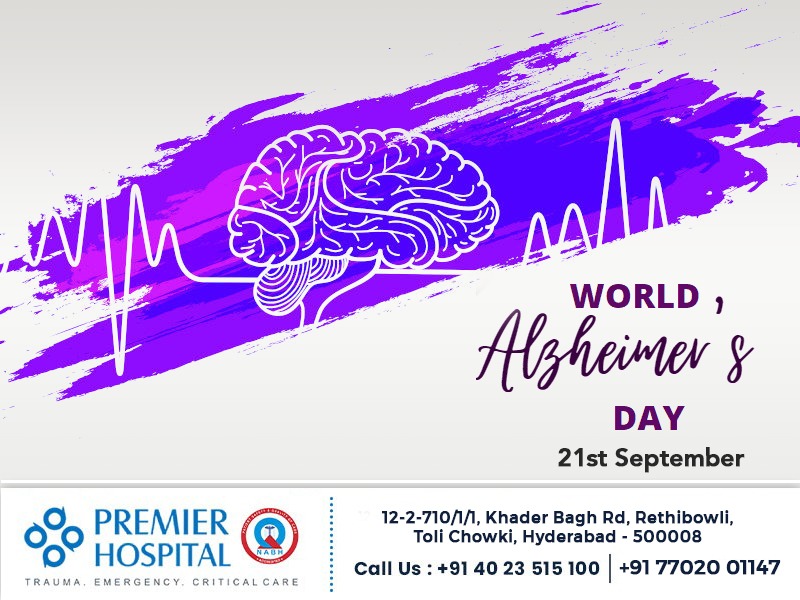 The theme of the campaign for 2021 is “Know Dementia, Know Alzheimer’s” and the campaign is focused on increased awareness. We not only highlight dementia warning signs during the campaign but also discuss the importance of getting a timely diagnosis.

When informed, advised, supported, and possibly diagnosed, people can prepare, plan, and adapt to a wide range of problems caused by Alzheimer’s.

Diagnosing Alzheimer’s is often a challenging process and varies widely across the globe. In addition, many who suffer from Alzheimer’s postpone seeking a diagnosis until they reach its final stages because of the stigma surrounding Alzheimer’s. It’s time for a change.

Therefore, our theme for this year is, “Know Dementia and Know Alzheimer’s” a call for everyone to help raise awareness of the disease worldwide.

Alzheimer’s is a progressive neurological disorder, which is characterized by the degeneration of brain cells, which leads to cognitive impairments such as memory impairments. Dementia is most commonly caused by Alzheimer’s disease.

As a result of improperly functioning proteins in the brain, Alzheimer’s may develop. The brain cells lose their connections, degenerate and ultimately die under such conditions.

Alzheimer’s disease organizations say that it is accountable for 60% to 80% of dementia cases – It is a disease that causes individuals to lose their capacity to think, behave, and socialize independently.

The inability to find the right words while speaking is another early symptom. So, if symptoms worsen, get immediate medical attention from a specialist.

In an effort to understand how a patient’s condition progresses over time, researchers and other experts classified Alzheimer’s into various stages.

Stage One: No impairment of functions: In the early stages of Alzheimer’s, the person will not experience problems with memory, communication, or daily activities. Alzheimer’s disease cannot be detected.

Stage Three – Mild Cognitive Impairment: A person with Alzheimer’s will have difficulty concentrating and will experience behavioural changes during this stage.

Stage Four – Moderate Cognitive Impairment: This is often referred to as the early stages of Alzheimer’s. A number of symptoms, including short-term memory loss and cognitive decline, are apparent at this stage.

Stage Five – Moderately Severe Cognitive Impairment: Alzheimer’s patients with the fifth stage display severe memory impairments, and they can’t even manage daily activities like dressing, bathing, etc. The situation gets so bad that they can’t remember their address, contact information, and even their location.

Stage Six – Severe Cognitive Impairment: People with Alzheimer’s are in the most confounding stage at this point. Alzheimer’s patients at this stage go through changes in behaviour and personality, confusion, and loss of recognition of faces, as well as losing control over their bladders and bowels.

Stage Seven – Very Severe Cognitive Decline: At this point, people become completely incapable of interacting with the world. Since the primary activities of these patients begin to wane, they need 24 hours’ assistance. This is the last stage and most patients are on the death line because it is an incurable disease.

However, Alzheimer’s disease does not have a definitive cause as of yet, and experts are working on it to know what triggers it. Alzheimer’s can be caused by a variety of factors. The effects of your lifestyle and environment on your brain over time may also contribute to Alzheimer’s.

People between the ages of 30 and 60 years may develop early-onset Alzheimer’s disease. The is accountable for around 5% of all cases of Alzheimer’s.

Alzheimer’s disease does not yet have a permanent cure, but there are treatments available that can ease the symptoms and slow the disease progression. Loss of function can be improved through treatment. The most effective method of treating cognitive symptoms is the medication below.

The improvement of Alzheimer’s disease is also enhanced by lifestyle changes alongside medication. In most cases, it worsens over time, taking between four and twenty years to develop. Alzheimer’s disease can be prevented only through early diagnosis and preventative care.

For more information about treatment options contact our expert doctors at Premier Hospital, one of the best hospitals for Alzheimer’s treatment in Hyderabad. Call 040-23515100, +91-83747 18100 to book an appointment with the top doctors for Alzheimer’s.