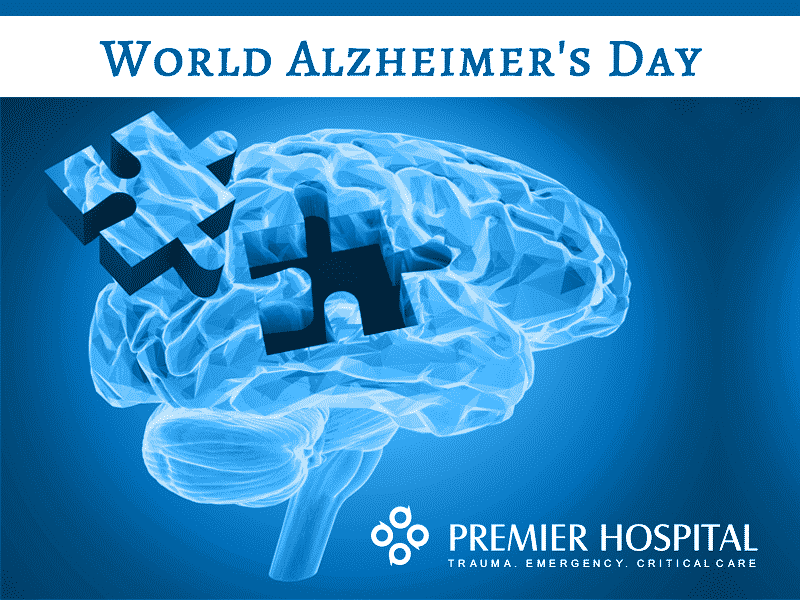 Age is not a number, but a state of mind. Or so the saying goes. As you age, there are many external and internal factors which might occur to your body, ultimately affecting your state of mind and also your quality of life.

An injury to the brain or a disease inside it, can negatively affect your brain to a great extent resulting in various conditions, mainly dementia. Dementia is a degenerative condition where brain injuries or diseases affect your memory, thinking and also your behaviour. It has a potential to permanently harm your life and its quality. Alzheimer’s disease is a progressive form of dementia.

Statistics show that, of those suffering from dementia, around 60%-80% progress to Alzheimer’s disease and it mainly affects people who are above the age of 65.

This World Alzheimer’s Day which is recognised on the 21st of September, 2018, doctors and hospitals will come together to create awareness about this condition and how people suffering from it can be understood and helped.

How does one know if they have Alzheimer’s disease?

What are the stages of Alzheimer’s disease?

The stages of Alzheimer’s are 7 in number and in each stage, the conditions worsens with time. However, with the help of therapy, the disease can be controlled or made to progress slowly but there is unfortunately no cure for this disease yet.

The stages of this disease are:

How is Alzheimer’s diagnosed?

Apart from the symptoms which lead to Alzheimer’s, there are other factors which are considered to determine if a person has this condition or might have this condition.

A person’s family history, the various health conditions they might be having now or had before in the past, the medications they take now or might have taken before and also their daily lifestyle and diet, are some of the factors which play an important role in diagnosing this condition.

The various tests which are used to diagnose this condition are an MRI scan, a CT scan and also a PET scan where each of these scans help to determine certain factors which might lead to an onset of this condition.

Firstly, if you know someone who has this condition, be patient, caring and understanding with them, as they are equally frustrated about needing external help in doing the tasks they they were independently capable of doing before. Your impatience can make it worse for them.

Apart from the medication, there are also various tasks which can be given to the patient to be positive.

So on this day, it is important to raise awareness about this disease and if you feel you or someone you care for is experiencing any of these symptoms, visit us at Premier Hospitals, so that we can help you recognise it and get through it.

View All
◄
Book A Visit
Ask a Query
Updates